For what its worth, I want to express my support for the Danish people in general and those directly involved in the publication of the cartoons in particular. While I do not think that it's polite to insult one's religion (more on this below) I am a firm adherent to the philosophy expressed by Voltaire in his famous statement that, "I disapprove of what you say, but I will defend to the death your right to say it."

So, my bottom line is that had Muslims expressed their collective outrage by boycotting the entity responsible for the insult (the Danish newspaper), writing letters to the editor (including the Egyptian newspaper that originally published the cartoons) and generally found ways of making their opinion known that did not involve rioting, burning things and killing innocent people...I would have fully supported them. However, I will never support or concede to demands that I curb by right to free speech just because someone gets upset nor will I condone the craven response by many hypocritical MSM outlets in this country who found it in their multicultural hearts to publish images of Piss Christ and the like, but would never dream of insulting Muslims by republishing these stupid cartoons.

While my efforts in this space are admittedly but a mere ripple of a ripple in the blogosphere, let alone the world at large, I lend my support to the Danish publisher, cartoonists and citizens as well as all those who have been threatened with violence and/or death for exercising the basic human right of free expression. I second Michelle Malkin (and that of many others) in urging everyone to Buy Danish.

That's the positive part of this post. Ready for the negative half?

Like I said, I think it's rather rude to insult one's religion. Over the past few weeks (or however long this crap has been going on) I've been telling myself that I have not posted the cartoons for this very reason. However, as I've given the issue more thought it has occurred to me that I may very well be using politeness as a weak excuse. The thing that really brought this to mind was seeing this shirt (which I mentioned previously). I went through the thought process of I-want-one --> No-that-would-be-rude-to-innocent-Muslims --> Am-I-really-just-afraid-to-wear-it? So, while I may not spend the $19 to buy the shirt I will post the cartoons here because I think the principle of free speech, in this specific case*, trumps that of minding my P's and Q's. As things stand, if you are Muslim and offended by what follows please feel free to let me know that you're angry. But please include a statement that indicates that while you disagree with what I say you would be will to defend to the death my right to say it (and remember that the 'West' is not the first to produce such images). 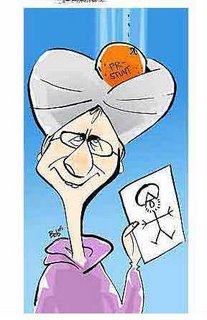 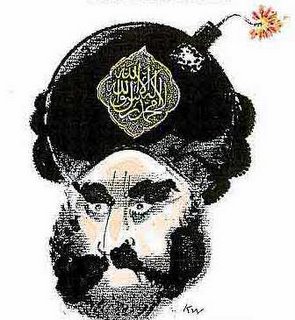 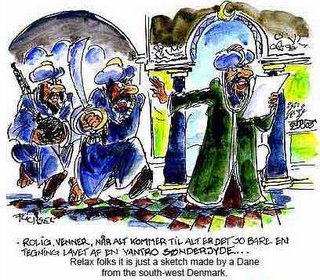 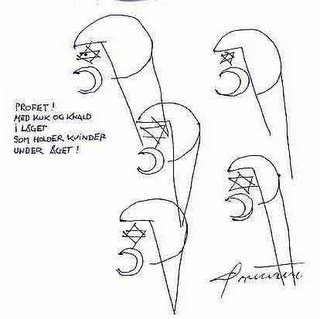 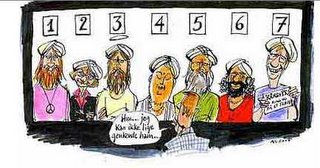 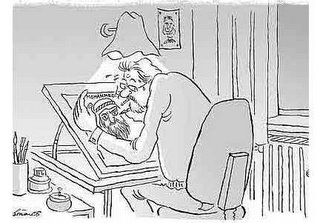 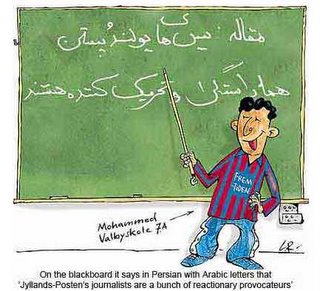 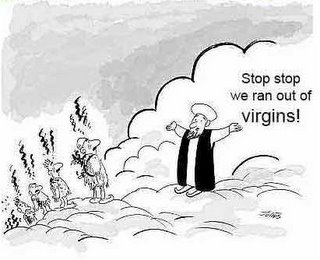 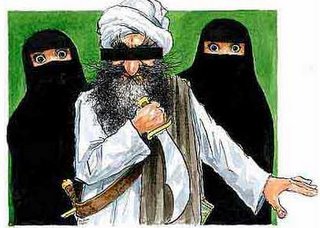 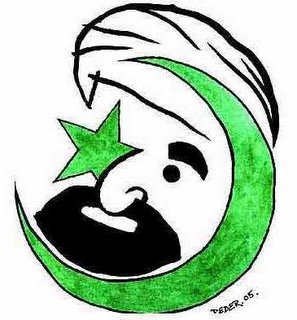 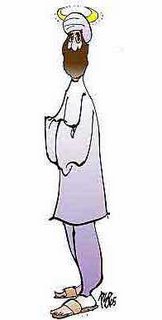 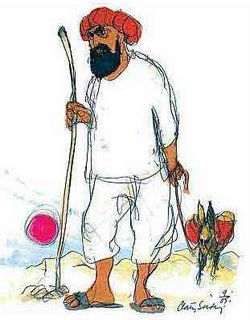 * I say "in this specific case" because of the massive and widespread attempts by groups of Muslims to stop the exercise of free speech/expression by threats (and actual) physical violence. Again, had these riots never happened I would have expressed my disgust that anyone would wantonly insult an entire religion (as with Piss Christ, etc.) and that would have been the end of it. Alas, it is not so.