Somewhere Between Bemused And Sickened


The Command Post pointed me to an article in the Wash (com)Post about Presidential Candidate Dennis Kucinich. Apparently he's still hard on the campaign trial. He's managed to visit a whole lot of places the big guys just won't go. For that, I say good for him (although, as this post's title indicates, I'm a bit bemused by the whole thing). This is what American politics is supposed to be all about: The little guy (figuratively, no cheap shots intended =)) fighting for what he thinks is right. For that I applaud Mr. Kucinich.

The part to all this that's got me a bit sickened is, well, his politics. Thank God he is in absolutely no position to actually have a shot at the Presidency. I would not, however, have any problem with him becoming the next Nader...but I think even that is a bit ambitious for this little fighter from Ohio. I also find it somewhat bothersome that he and Al Sharpton ran neck-n-neck in the Moorestown Friends School mock Presidential election. I know, I know...they're young and there is plenty of time for them to become aware of reality. It just makes me wonder what their parents are teaching them. But then I suppose there's little reason to guess as it is quite obvious.

The point? I don't know, I was just amused (and somewhat impressed) by the fact that he's still doing his Energizer Bunny impression.

Does anyone else notice a resemblance? (Sorry for the cheap shot...but funny nonetheless.) 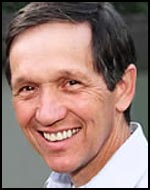 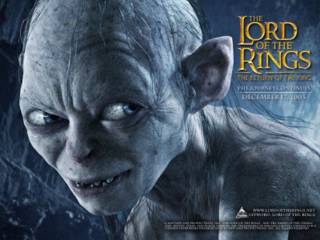